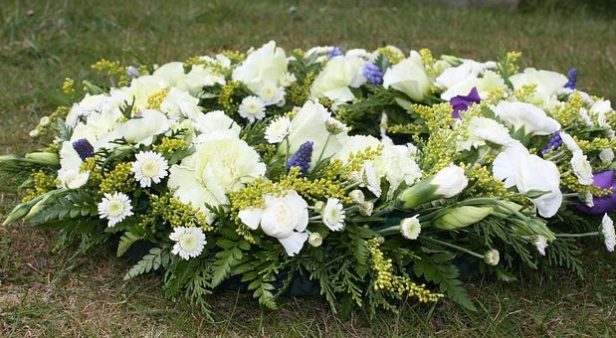 Ariana Grande is only 23. The poor girl will now have the haunting memory of many young fans being murdered and mutilated at one of her concerts.

Joy and pain mixed together in one night. The fun forgotten. The trauma & loss remembered for a lifetime.

My deepest sympathy goes out to all the victims’ families, friends and teachers who will all have heard by now the shocking news of an ISIS suicide bomber invading what was supposed to be a time of mirth.

I must admit that before I discovered the real truth about 9/11, when that travesty first happened, any geezer with shiny black hair, tanned skin and a beard fuller than Abraham Lincoln, was eyed-up by me with suspicion.

I would glance at their jacket and be certain their spine was bulging. I would stare at their ear phones and be convinced it was attached to an explosive. I would lean in to their backpack and be sure I could hear ticking.

One day on a London tube train, I became paranoid that I was sat next to and opposite a couple of suicide bombers. I’m not going to explain what they were doing and how they were acting for me to come to this conclusion, only to say they were convincing. What made it worse was that the chuff-chuff was heading for Heathrow Airport.

The sensible, faith-filled Christian side of me said, “Don’t be so daft! Pray if you’re that scared.”

The fleshly, silly side said, “You’re about to be blown to smithereens, so do something about it!”

I chose the faith-less side and after offering up a quick prayer to God, I got off the train.

As I stood on the platform awaiting the next one to arrive, I thought to myself that I cannot let this terrorist situation control my life. To spend my entire years hopping on and off suspicious underground vehicles, will turn me into an anxious lunatic.

So how do we hold it together in a world of such uncertainty?

By knowing, really knowing where we are going to end up the second the rug is pulled from our feet.

We’ve all got to die of something. Yes, it is unspeakably tragic when it happens in such cruel, evil circumstances, but one day there will be people attending our funeral.

Please ask yourself something:

If it was you who were one of last night’s victims, where would your soul be now?

If my pertinent question makes you so mad that you’re going to suffer a fatal heart attack, where are you destined?

Dear folks, let’s make sure we get things in order while we are still breathing. Never mind your Life Assurance policy, get your salvation sorted, so you know you have an entrance into Heaven, whether it’s semtex that takes you out or last night’s dodgy kebab.

I wish you all the best.

(Insurance forms are complicated but getting your life right with God is simple. Here’s how:)

Light-bites For Your Heart

Light-bites For Your Heart